ARE WE LIVING DIGITAL LIVES THROUGH ANALOG FILTERS? 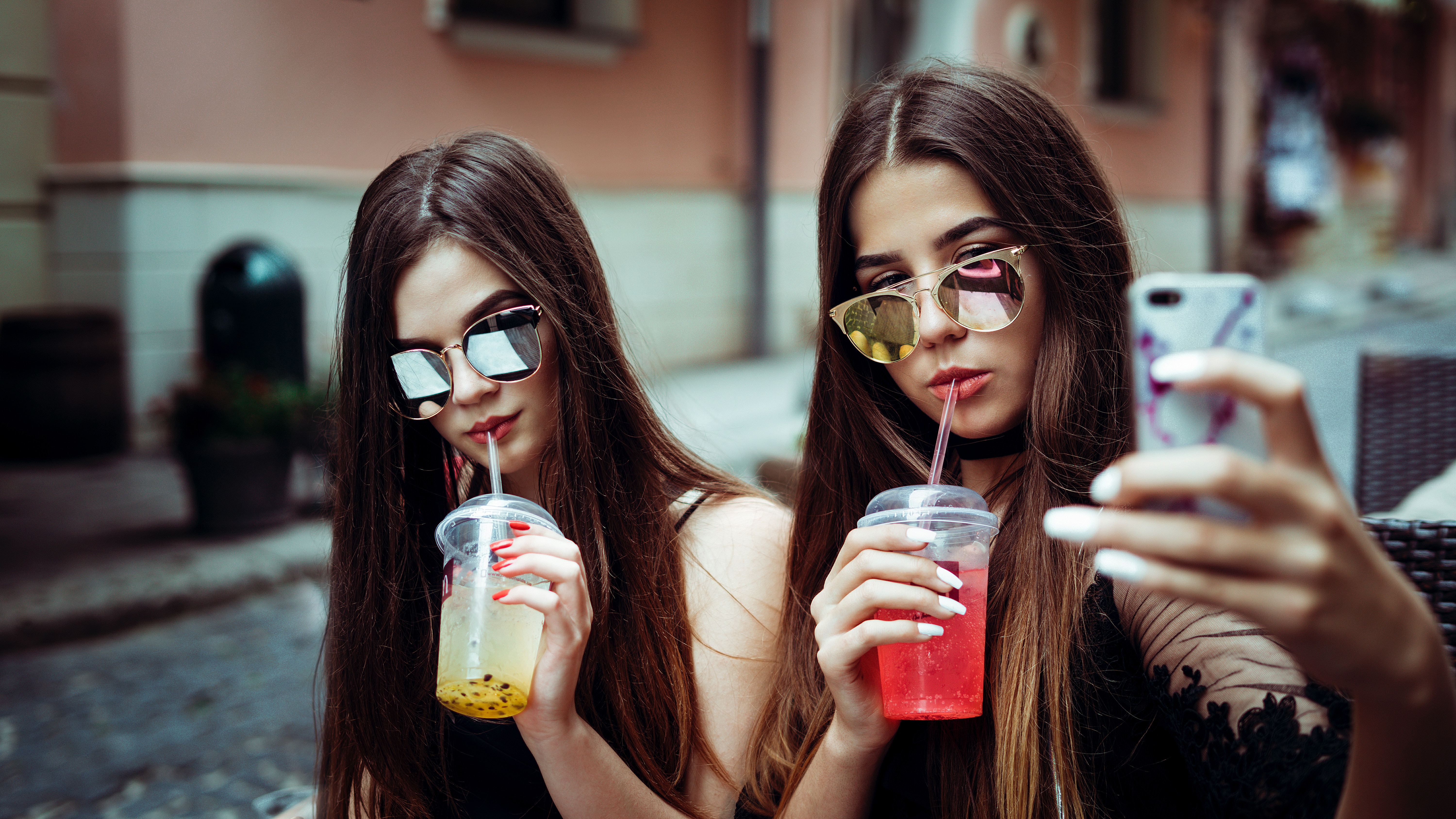 ARE WE LIVING DIGITAL LIVES THROUGH ANALOG FILTERS?

How to Create Your Perfect World on Social Media

Question: how many different social media accounts do you have? How often do you check them? Or post, then check them, sometimes obsessively, to see how many likes, new followers, shares or comments you’ve gotten, or how often you’ve been tagged?

We live in an age where there are cameras everywhere. You can’t step out into the street of any city and walk more than three blocks without having been captured from almost every angle. You live in the woods and think you’re off the grid? Google maps know where you are.

The camera is ubiquitous, and it’s mostly our fault.

We live in the age of selfies, cataloging and posting every aspect of our days and our lives. Are we all that vain and if that’s true, why is the rate of depression growing in the United States, especially among 19- to 32-year-olds.  The age of selfies had no doubt contributed to the growing trends of people who, at younger and younger ages, are going in for plastic surgery and Botox treatments to improve their looks.

Social media has taken a heavy toll on our self-esteem and feelings of low self-worth.

Every era has its solution for building self-confidence

The 90s were the era of self-improvement. Working out and workout videos were the go-to. They were there to help you get in shape, and feel better about yourself both mentally and physically. When you look good, you feel good and have a better self-image. A definite boost to your self-confidence.

And have a nice day.

Social media has not only raised our exposure level: it has also raised the bar

Now, not only is there the pressure to look good at all times: you also have to have an interesting life and personality as well. How else do you expect to get those likes and shares? And what if you don’t?  What’s your first reaction?

What’s wrong with me? Why doesn’t everybody like me? Am I not boring?

Losing followers is even worse. Again, our first reaction tends to be what did I do or say wrong? Why doesn’t this person like me? Aren’t I pretty enough?

The answer? You’ve done nothing wrong. You’ve said nothing wrong. And aren’t you pretty enough for what? The red carpet? This is for the ‘Gram, not the Grammies.

Truth #2: People can be much meaner online than they’d ever dream of being when encountering you in the physical world.

Social media has given people license to disregard social filters, such as manners and common decency. Everyone feels free to be a critic – and a harsh one.

Let’s be honest: do like everyone you meet in the physical world? Chances are that you don’t and not everyone likes you either, so where’s the surprise?

We construct these follower pods, adding people, often whether we know them personally or not, or we follow someone so that they’ll (hopefully) follow us back and blur the lines between our lives and our online world.

Given all of this, what’s the solution to the loneliness, depression, and feelings of low self-worth that social media is breeding?

Time to get real

We’re so caught up in our online worlds that we’ve missed the forest through the trees:

We live in a digital world, with an analog mindset.

We seem to have lost sight of the fact, if it ever occurred to us in the first place, that in the online world, it’s our movie. It’s our television show. We’re scripting it, and if there are people out there who are watching and decide to attack us, we can write them out of the script.  We have the power to vote them off the island without having to worry about being called into the offices of some NBC or Netflix or even Facebook Live executive who is going to threaten to replace us with someone else. This is our movie. We are the stars. And absolutely no one can replace us. The part was written for us. In fact, we were born for it.

Who do you have to be? You can’t be Kylie Jenner. Sorry. That part has already been taken. Then again, you can be sure that there are times when even Kylie Jenner wishes that she wasn’t Kylie Jenner. Like when she’s having a bad hair day and stops off at a Starbuck’s, where everyone sees her and captures her on their cellphone cameras. Not such a good day to be Kylie Jenner and there may be a minute or two when she wishes that she were someone else. Although, she can’t be you. That part has already been taken, too.

Time for some perspective

While it’s true that you can reach out to anyone globally, in reality, that ‘you’ is a curated version of yourself that you’ve created. It’s your online marketing tool, a persona who lives in a 2-1/2”x4-1/2” rectangle, where you pretty much can be whomever you’d like, whenever you’d like. In his new book, Present Shock, Douglas Rushkoff refers to Digiphrenia, the ability for technology to allow us to be in more than one place – and/or self – at the same time. Everyone has his or her own storylines going. Everyone wants followers and likes – why else would we be posting? And be so particular about how we’re presenting ourselves. According to Entrepreneur, most people take two to five photos before posting one, and one out of four people take more than seven minutes using filters and tweaking their photo.

Given all of the work that many of us are putting into this process, it’s bad enough when we encounter people in the physical world who don’t necessarily like us: it’s harder, and often more depressing when it happens online with the invented self.

Our marketed or perfect selves.

And everyone has an online presence, which compounds the problem when you’re competing for attention: it’s hard to keep up, much less compete, with over a billion Joneses.

While we might like to believe that living in a more connected world brings us all closer together, there is also a disconnect. We might literally have the world at our fingertips, but have apps really made, say, dating easier or less stressful? With the number of dating apps available, the choices can be overwhelming. We’re still putting ourselves out there, but it’s a curated us swiping left or right on other curated people. We might have more choices, but we’re also competing against a much larger candidate pool.

What exactly is social media?

While social media is a discovery platform, we seem to be missing or overlooking a critical part of discovery: because people tend to feel freer about expressing themselves online, followers, as well as posters, are revealing who they truly are. And unlike posters, followers don’t always feel the need to curate themselves. There is that segment who feel that they can be meaner online than it would ever occur to them to be in real life.

Pay attention. Don’t invite those critics self back for your next installment. Especially if they’re people you know personally and who call themselves your friends.  Online, we’re all presenting our perfect selves. The problem is that some people are perfect assholes.

While we all feel down from time to time – it’s part of the human condition – our reactions to our social media personae tend to be amplified, probably in no small part due to the amount of time we spend on the platforms. Not every selfie, meme or gif we share is a masterpiece. Don’t take it personally if they’re not all shared. Your followers might have been busy that day.

Time to eliminate the drama

Who do you have to be? That’s not the question we should be asking ourselves but rather, who are these people who feel that they have the right to attack? Or as my friend Peter Shankman, whom the New York Times called “a public relations all-star who knows everything about new media and then some” once advised, “If you can’t change the people around you, then change the people around you.”

Social media gives you the freedom to not only curate your life. You can also curate your audience. After all, you’re the one who’s running the show.